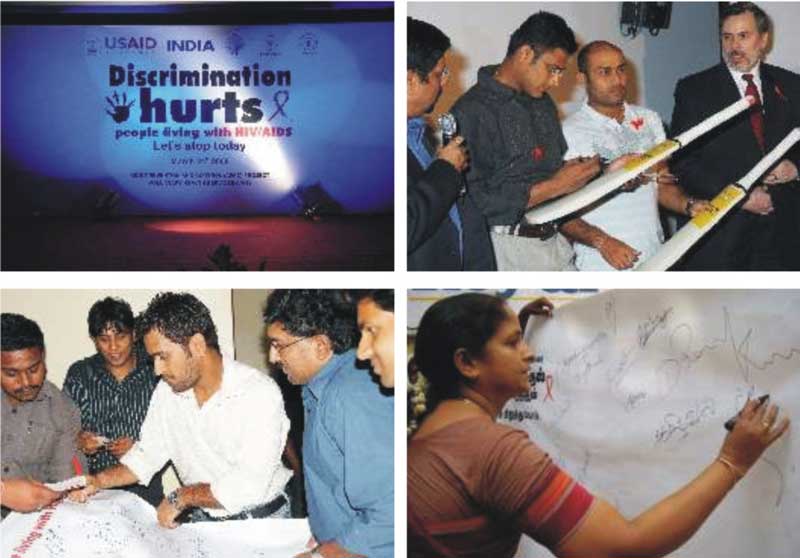 The Indian and south African cricket teams participated and kicked off signature campaign to spread awareness on “Stigma  & Discrimination” against people living with HIV/AIDS. A major event involving celebrities and key Indian Players was organized which was followed up by a major campaign at the chepauk cricket stadium involving the spectators. 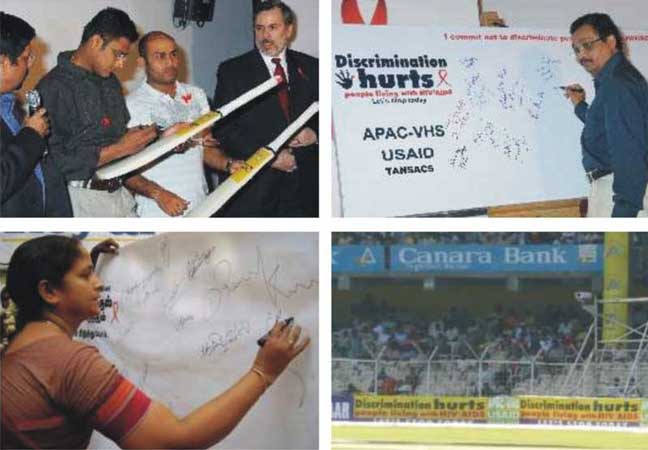